For the fourth installment of the “Leaving Canada” speaker series, Andrea Klassen, senior curator of Mennonite Heritage Village, will explore the interactions between Mennonite colonists in northern Mexico and their Mexican neighbours as depicted in the immigrant newspaper Die Steinbach Post. Drawing on her study of letters published in the Post from Mennonites in Mexico to their relatives and friends in Canada between 1922 and 1967, Klassen will describe how Mennonite encounters with their neighbours – in the marketplace, in conflicts with thieves and the state, and through informal relationships between individuals – had the effect of creating a cohesive religious and cultural identity and strengthening Mennonites’ self-perception as an ethnic minority living on foreign soil.

This is an online event (a Zoom webinar). Register to attend through the form on this page, September 27, at 7 pm CDT. 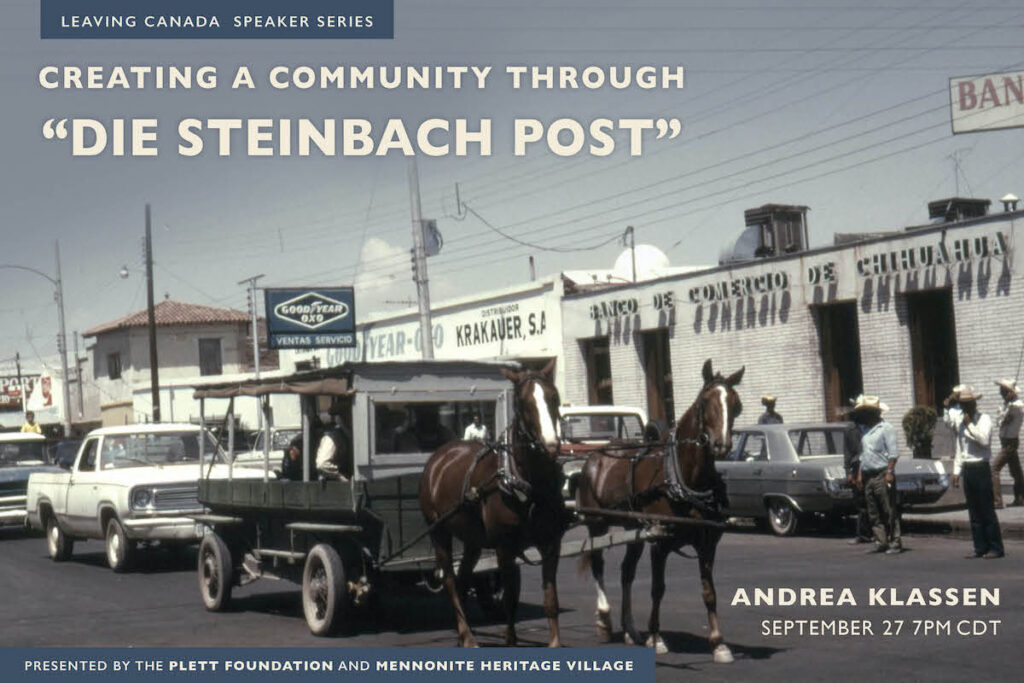 Register to attend this event