The final event in the “Leaving Canada” speaker series features Royden Loewen, former Chair in Mennonite Studies at the University of Winnipeg. Loewen will give a webinar presentation on the transnational mindset of Mennonites in Mexico during the 1930s and 1940s, and the mythical hold of Canada on the migrant Mennonite imagination. As he will demonstrate, whether expressed as yearnings for their old homeland or voiced as antipathy toward the country they felt had betrayed them, Canada could not be left behind. 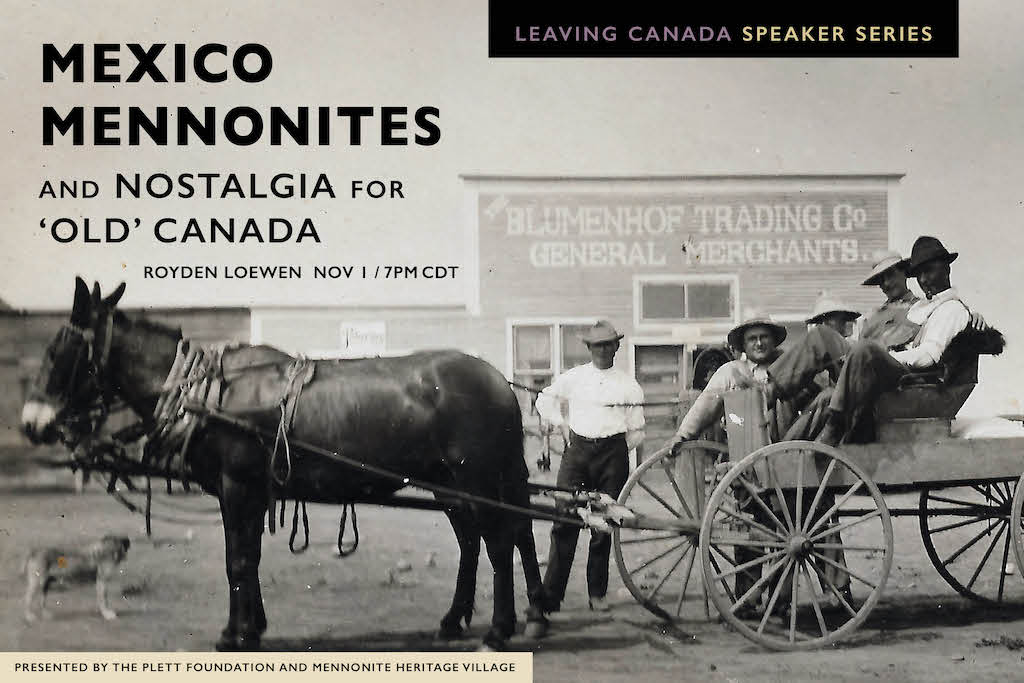 Our Next Annual Conference